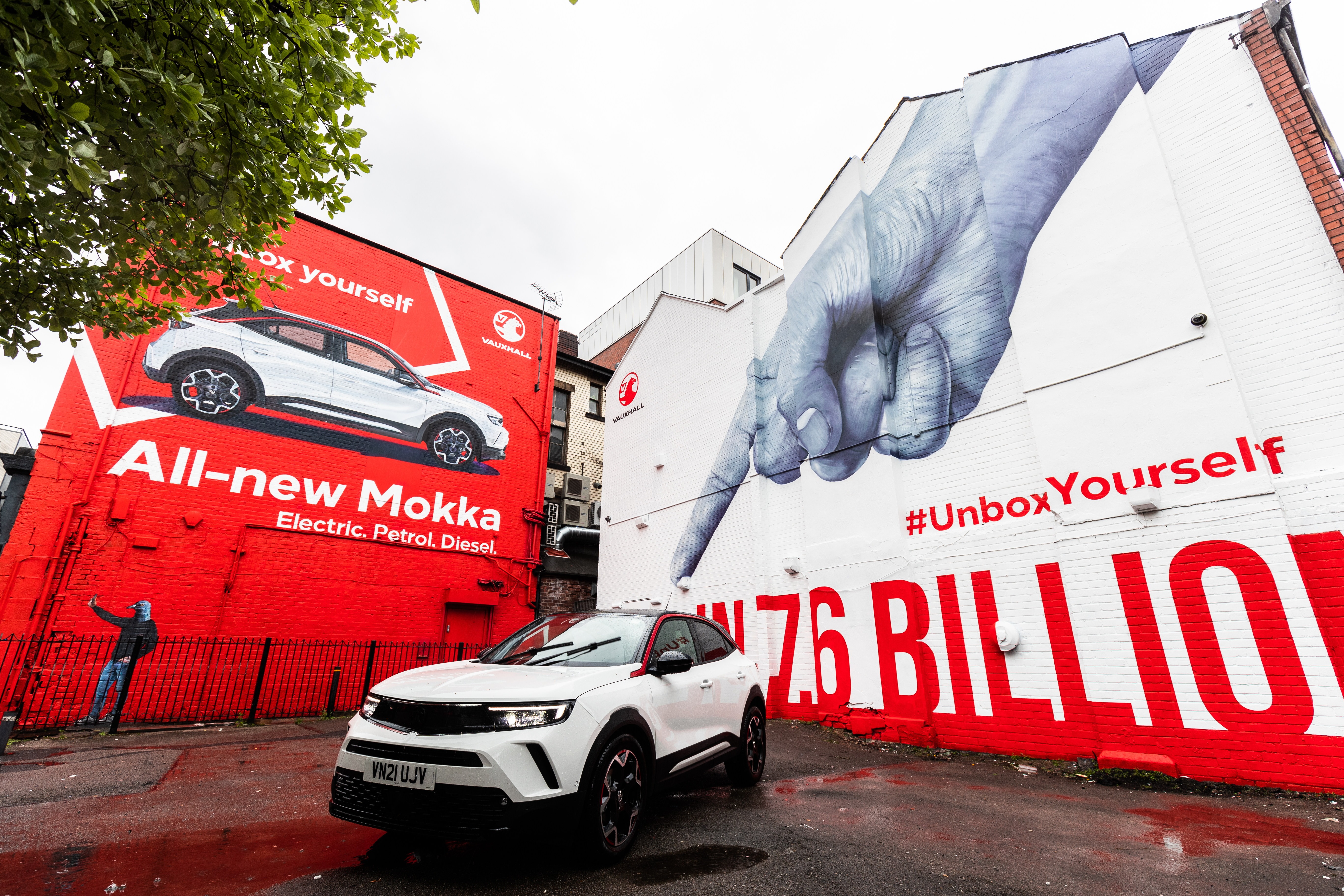 Vauxhall Motors has today unveiled a new interactive mural in Manchester's Northern Quarter championing individuality, as part of its new “Unbox Yourself” campaign. The mural is the latest activation in Vauxhall’s exciting campaign to launch the all new Mokka and new all- electric Mokka-e SUV ’s.

Partnering with talented artist, Peter Barber, the mural makes a positive and powerful statement, celebrating everyone’s individuality and encouraging visitors never to be afraid to stand out.

The artwork itself features a large, inspiring headline, ‘I’m 1 in 7.6 BILLION’, stretching the length of the wall (with 7.6 billion representing the global population and visitors representing the 1). On the floor, immediately in front of the gap where 1 should be, the phrase ‘STAND HERE TO STAND OUT’ is embossed, encouraging visitors to join Vauxhall’s celebration of individuality and endorse the importance of being themselves. Visitors are then encouraged to share this message of individuality via their social channels using the hashtag #UnboxYourself.

The mural builds on the ‘Unbox Yourself’ campaign, in support of the launch of Vauxhall’s all-new Mokka and all-electric Mokka-e vehicles. The campaign talks directly to people who know their own mind and refuse to be boxed in - those who want to join Vauxhall on its forward-thinking journey and push boundaries.

James Taylor, Sales & Marketing Director, from Vauxhall comments; “With its bold styling, unique identity and tech-first design, it’s impossible to put the all-new Vauxhall Mokka in the, ‘just another SUV’ box. While embodying the standout design of the new Mokka and all-electric Mokka-e, the ‘Unbox Yourself’ campaign also reflects the fact that Brits are redesigning their everyday lives following a year of lockdowns, with many using their newfound freedoms to embrace all the things that make them unique and stand out from the crowd.” 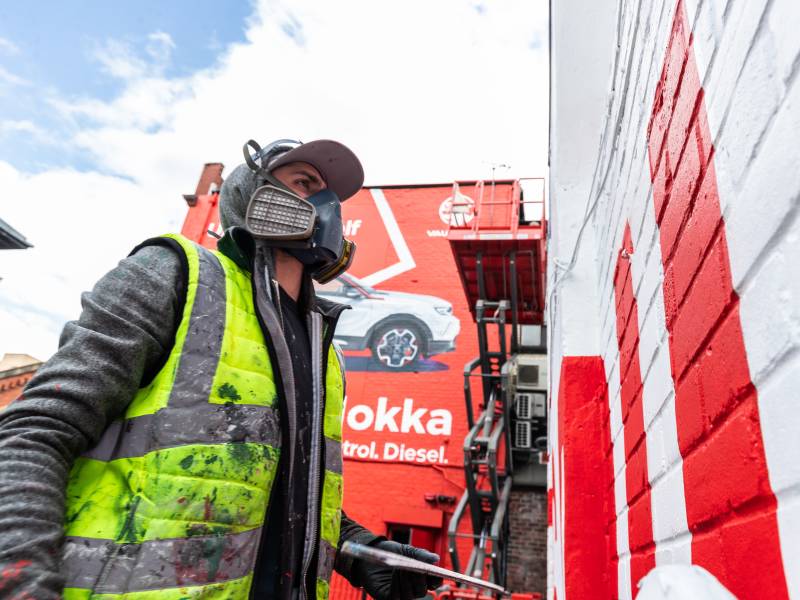 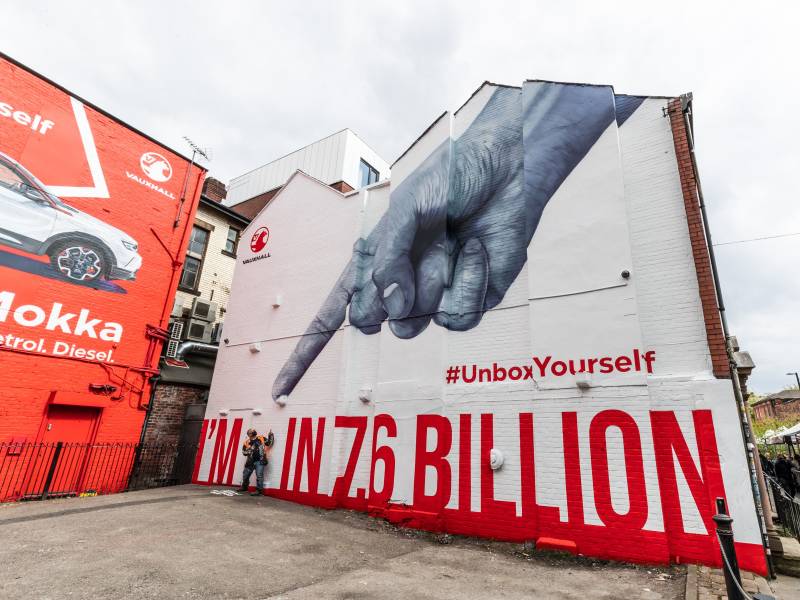 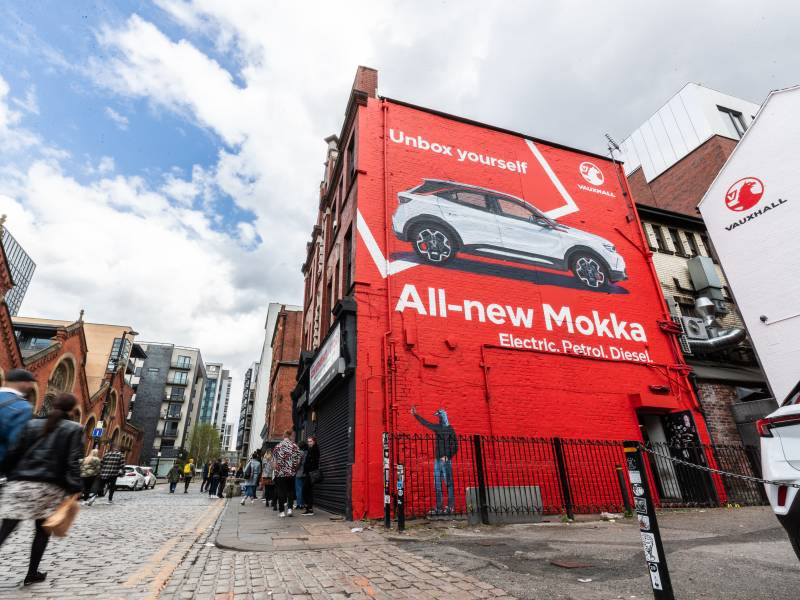 As an exciting, vibrant, and creative neighbourhood known for celebrating difference in one of the UK’s most forward-facing and modern cities, the Northern Quarter is the perfect location for the Unbox Yourself mural and the all-new Vauxhall Mokka.”

Inspiring the creative approach for this campaign the all-new Mokka and all-electric Mokka-e present a forward-thinking design and progressive philosophy that’s different to any Vauxhall that has gone before.  The Mokka-e is powered by a 50kWh lithium-ion battery with up to 201 miles on a single charge and is set to open up a new world of modern motoring for British drivers.

The Mokka features new design innovations from Vauxhall such as the unmistakable look of the Vauxhall Vizor and Pure Panel. The Vauxhall Vizor is a unique front grille that sweeps around the LED headlights integrating the headlights and badge into one sweeping module. Whilst the Pure Panel digitally detoxes the interior of the car by integrating the infotainment touchscreen into one horizontal format: reducing the number of buttons on the dashboard. In addition, the new Mokka offers state-of-the-art tech through digital display and assistance systems.

For more information about the New Mokka Click here

Accrington Garages win Best in Customer Service at AM Awards

Switch It Up Test Drive Event

28-07-2021 The team at local Vauxhall Retailer, Accrington Garages, are celebrating as they…
Read more >