The exterior of the all-new Vauxhall Mokka is not only bold but features a highly aerodynamically efficient design that improves efficiency and cuts down emissions.

With a drag coefficient (cD) of just 0.32, the Mokka features one of the lowest drag rates in its market segment and joins the brand’s existing aero-champions, from the record-breaking Calibra (0.26 cD) to the current class-leaders, Astra (0.26 cD) and Insignia (0.25 cD).

The new aerodynamic design cuts drag at motorway speeds by up to 16% compared to the previous model. Due to the growing need to lower CO2 emissions, efficient aerodynamics are increasingly important in the automotive industry as well as among customers.

Low drag means that the car needs less energy to move, which in turn results in lower fuel consumption and emissions.

Bold and pure design at the front enhances aerodynamics

The basis for the high aerodynamic efficiency is the new Mokka’s frontal area of just 2.27 metres2, which is enhanced by the pure and bold design. With the aid of computational fluid dynamics (CFD) and attention to detail in the wind tunnel, Vauxhall’s aero experts chiselled down to the excellent drag coefficient by fine-tuning every detail that helps improve the aerodynamics.

The engineers optimised the design of the new Mokka’s characteristic Vauxhall Vizor front end, as well as the shapes of the A-pillars and the exterior mirrors. In addition, cladding covering the bottom of the engine compartment and the underside of the body improves the airflow beneath the car.

The new Mokka displays fins at the sides of the tailgate and an elongated spoiler at the rear edge of the roof, in order to reduce the separation that causes drag. In addition, the spoiler lowers aerodynamic lift on the rear axle, which further improves straight-line stability, especially at higher speeds.

Other major sources of drag are the wheels, tyres and wheelhouses. The new Vauxhall Mokka features innovative air curtains that increase aerodynamic efficiency in these areas. An air curtain is an integrated duct on each side of the front end that creates a tall, thin jet of air across the face of the front wheel and tyre. The air curtain directs the flow smoothly across the wheel openings, decreasing the amount of wake and separation.

The new Mokka also benefits from an active front-face shutter that further reduces drag and improves fuel efficiency by automatically closing the frontal opening when cooling air is least needed. Until recently, this innovation has been more common on more expensive cars from higher segments.When closed, the shutter system enhances aero performance by redirecting airflow around the front of the vehicle and down the sides, rather than through the less aero efficient engine compartment.

The results of these efforts are impressive: compared with the previous model iteration, which had a drag coefficient of 0.35, CO2 emissions in the WLTP cycle are up to 9.0 g/km lower, while drag at motorway speeds has been reduced by 16%.

The aerodynamically optimised new Vauxhall Mokka is the first to wear the new Vizor front end – a feature which will be found across future Vauxhall models – as well as the redesigned Vauxhall Griffin logo and the centrally positioned nameplate on the tailgate. It is also the first Vauxhall with the Pure Panel and a fully digitised cockpit – further features which will make their way across the Vauxhall model line-up. In addition, the new Mokka is the first Vauxhall available from the start of the sales with both efficient petrol and diesel engines, as well as a fully electric variant, the Mokka-e. 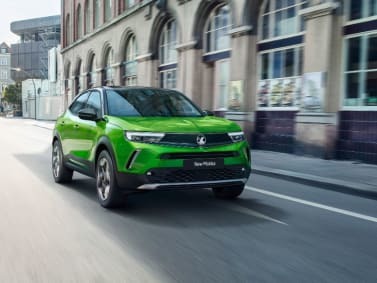 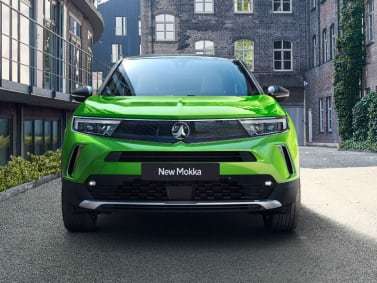 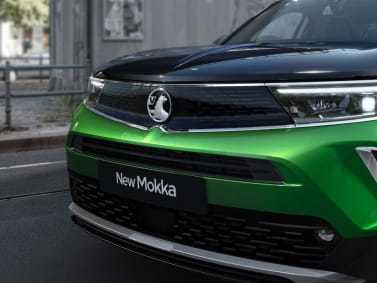